Mark Twain's novel Pudd'nhead Wilson appeared in 1894, after having been serialized in The Century Magazine (1893-1894). Each chapter begins with a maxim said to be taken from Pudd'nhead Wilson's Calendar. Indeed there had been a booklet with that name, issued as an advertisement for the magazine in which the novel was appearing. It contains monthly calendars, each of which carries an aphorism by Twain's novel hero David (a.k.a. Pudd'nhead) Wilson. 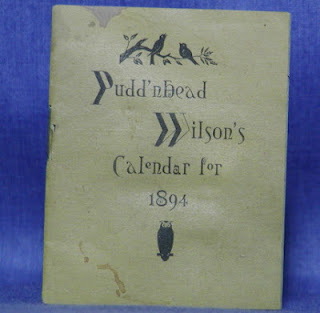 In 1897, Mark Twain published his travel account Following the Equator, a journey around the world. Again, each chapter is preceded by an epigraph, now said to be taken from Pudd'nhead Wilson's New Calendar. Chapter XII, called Why Christianity makes slow progress, has the following epigraph:

Strictly speaking, it is an anonymous schoolboy who is credited, courtesy the fictional "Pudd'nhead Wilson", with the catching definition

Faith is believing what you know ain't so.

As aphorisms go, there is much room for criticism. Many do really believe the weird teachings of their religion. And in unbearable circumstances (imagine our schoolboy loosing his mother), this may even be the only way to provide some meaning, however chimeric, to what is happening. It may not be true, but it helps. As Karl Marx famously said

Religion is the sigh of the oppressed creature,
the heart of a heartless world,
and the soul of soulless conditions.
It is the opium of the people.

(Contribution to Critique of Hegel's Philosophy of Right, 1843, introduction.)